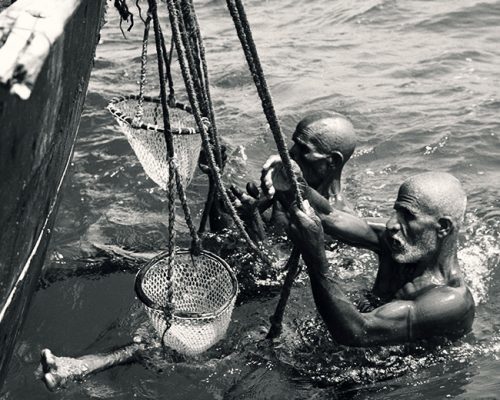 In line with its interest in supporting the local economy, Bahrain Mumtalakat Holding Company (“Mumtalakat”) hosted Bahrain’s prominent jewellers and merchants to introduce its new venture, Danat: the Bahrain Institute for Pearls & Gemstones, during a Ramadan Ghabga held at the Capital Club, Bahrain. This venture comes as part of Mumtalakat’s continued focus to build on the Kingdom’s heritage and expertise by supporting national industries in new and innovative ways.

‘The jewellery industry has been growing at a rate of 5-6% annually with global sales expected to reach over USD 270 billion by 2020. This has been reflected in the growth of branded jewellery sales, and their respective market share, in recent years,’ explained Mumtalakat CEO, Mahmood Alkooheji. ‘Bahrain’s ancient pearling heritage and successful history of commerce represent an important national value and Mumtalakat’s interest in this industry today pays tribute to our forefathers and ancestors who paved the way for the country’s 20th Century growth and modernisation.’

The local population in Bahrain is estimated to have reached 74,000 people by the 1920s, of whom approximately 20,000 were engaged in the pearling economy. The rise of the cultured pearl industry and discovery of oil in the country however led to the industry’s sharp decline by the 1930s.

During the ghabga, Danat’s CEO, Mr Kenneth Scarratt briefed guests on Danat’s mission to leverage the Kingdom’s expertise in this field to become the world’s preferred institute for natural pearl third party verification services. With its offices located at the World Trade Centre in Bahrain, Danat aims to establish windows abroad to serve both local and global clients.

‘It’s an honour to have returned to Bahrain and help build up pearl and gemstones testing capacities in the Kingdom,’ explained the CEO of Danat. ‘The discussion with local industry leaders is most promising. With the establishment of the institute, we plan to deliver reliable third party verification of a gem’s true identity based on ongoing field research and to bring gemstone samples, excavated around the world to Bahrain for testing.’

One of the world’s leading authorities on natural pearls, Scarratt has worked across the world to serve the industry. He has served as the CEO & Laboratory Director of the Gemmological Association & Gems Testing Laboratory of Great Britain until 1992 before his appointment as the Director of Laboratory Services, Education and Research at the Asian Institute of Gemmological sciences in Bangkok, a position he maintained until 1997. Then between 1998 and 2005, he oversaw the American Trade Association Gemmological Testing Center in New York

after which he moved to Asia as the Managing Director Southeast Asia for the Gemmological Institute of America, where he remained until 2015. Recognised in the Middle East for his industry research and knowledge, he also helped establish the gemstone and pearl testing laboratory for the Ministry of Commerce in 1991.

Commenting on the meetings with local industry leaders, Alkooheji added, ‘We’re extremely pleased with the interest and overarching support received from professionals within the jewellery and pearl industries in Bahrain and trust in Scarratt’s leadership and expertise. Previously, a consultant to the UN for the establishment of laws governing the jewelry industry, Scarratt has been building a diverse team of gemmologists and pearl experts from Bahrain and the world who are supported by the latest scientific instrumentation and research in order to protect both traders and consumers.’

As the sovereign wealth fund of the Kingdom of Bahrain with a mandate to manage and grow those state assets allocated to it, Mumtalakat has an active interest in supporting strategic and responsible investments which encourage further economic growth. Danat is envisaged as a venture which will enhance the local job market while increasing local expertise in the area of pearl and gemstone testing.