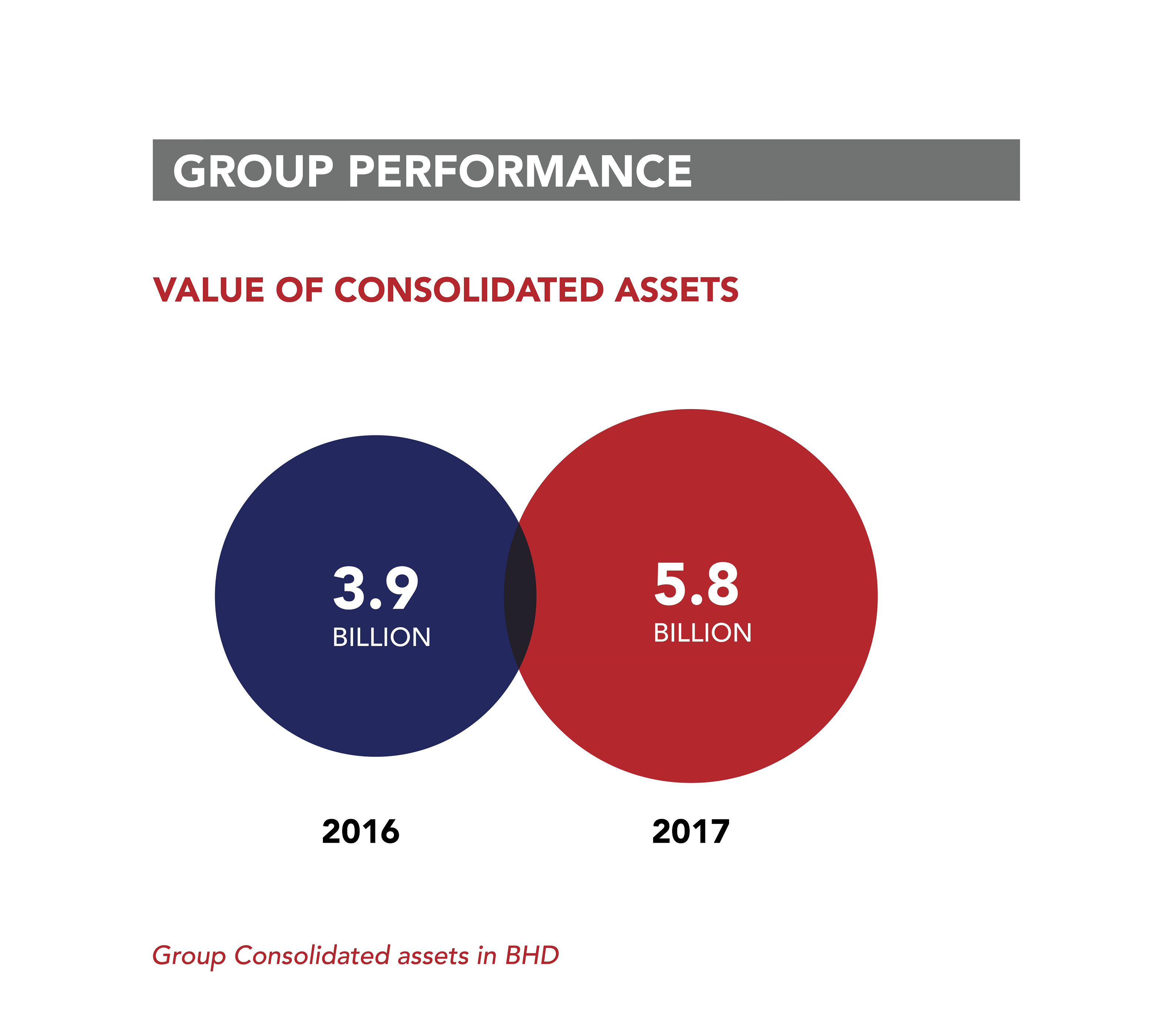 In the release of its 2017 consolidated financial statements, the Board of Directors of Bahrain Mumtalakat Holding Company (Mumtalakat) announced a rise in its consolidated total assets reaching BD5.8 billion (US $15.4 billion) in 2017, marking an increase of 46.4% compared to 2016. The rise in value was due to value gains from Mumtalakat portfolio companies including the consolidation of McLaren and Alba’s Line 6 project.

Commenting on the year-end results, HE Shaikh Khalid bin Abdullah Al Khalifa, Deputy Prime Minister, Chairman of Mumtalakat, said, “Last year was notable for Mumtalakat as we witnessed substantial growth in the Group. Our strong investment mandate and results support the growth of the local economy from further economic diversification to job creation. Our impact in Bahrain can be evidenced in the continued financial commitment to the growth of our local companies.”

Mumtalakat also generated BD583 million (US $1.6 billion) last year in capital expenditure compared to BD247 million (US $657 million) in 2016 while expenditure on employee salaries and benefits increased by 11% in comparison to the previous year for its key Bahrain-based companies.

Mahmood H. Alkooheji, Chief Executive Officer of Mumtalakat added, “We reported net profits for the fifth consecutive year, reflecting the success of our investment model as we continue to invest in and for Bahrain while managing our portfolio with a commercial mindset.

In addition, we committed BD104 million (US $277 million) to new investments in 2017. This included acquisitions with a co-investment partner. In total, since inception of the fund in 2006, BD807 million (US $2.1 billion) has been invested in Bahrain, ranging from growth capital for legacy and strategic assets to the establishment of 11 new companies and ventures.”

Local Economic Impact:
• Alba’s BD1.2 billion (US $3 billion) Line 6 expansion project commenced construction in the second quarter of 2017. The project will create over 500 direct jobs in Alba in addition to thousands of indirect jobs in Bahrain, boosting the downstream cluster in the Kingdom. The Line 6 Expansion Project will bring Alba’s total production capacity to 1.5 million metric tonnes per year making it the world’s largest single-site aluminium smelter.
• Bahrain Real Estate Investment (Edamah) commenced reclamation and building work on Saada West, a mixed use waterfront development in Muharraq.
• Gulf Aluminium Rolling Mill (GARMCO) produced its first aluminium in its remelt expansion project in August 2017. The new BD20.6 million (US $55 million) metal recycling and cast house facility will increase GARMCO’s production facility by 150%. As part of this expansion, 50 new jobs will be added to GARMCO’s workforce.
• Mueller Middle East, the first copper tube manufacturing facility in Bahrain, in which Mumtalakat holds a 30% stake, began construction in 2017. The facility’s commercial copper tubes will serve regional air conditioning and refrigeration equipment manufacturers. It will further enhance Bahrain’s manufacturing exports, which currently accounts for 20% of the Kingdom’s GDP, creating approximately 200 jobs.
• Mumtalakat established two new companies in Bahrain, in the testing and verification of gemstones as well as introducing a new auction business, contributing to economic growth and local workforce training and qualification. These are Mazad and DANAT, the Bahrain Institute for Pearls & Gemstones.

Mumtalakat was created in 2006 with a mandate to grow the Government’s strategic non-oil and gas assets through a commercial focus. Since then, Mumtalakat has further developed and diversifed its portfolio both locally and globally with an objective to generate sustainable financial and economic returns for the country. The sovereign wealth fund’s assets have grown and almost doubled from 29 to over 60 local and international companies across 11 sectors, of which 65% are in Bahrain and the region, 27% are located in Europe and 8% are based in the United States today. With total consolidated assets of US $15.4 billion, Mumtalakat plays an important role in the national economy through its strategic assets while seeking commercially viable investment opportunities in growth sectors. Mumtalakat provides approximately 14,000 direct job opportunities in Bahrain within its local portfolio companies.