The Role of Sovereign Wealth Funds in Economic Development 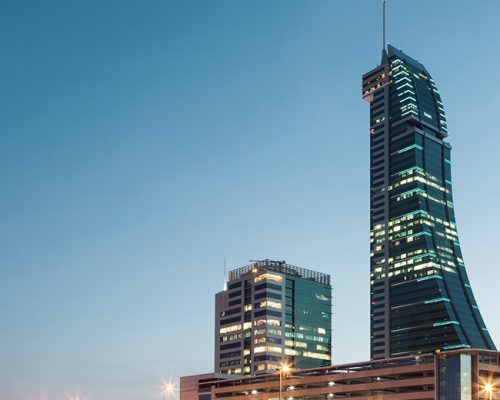 State-owned investment funds, Sovereign Wealth Funds (SWFs) have usually been established from state surpluses, the proceeds of privatizations, receipts resulting from the exports of resources and the like. This excludes foreign currency reserve assets held by monetary authorities for balance of payments or monetary policy purposes, government employee pension funds or assets managed for individual benefit.

There are a range of SWFs that range from development-related, stabilization funds and savings funds to pension reserve funds.

At the time of its establishment, Mumtalakat received only BHD 5 million in 2006, and no further funding in the 11 years since. Similar to Mumtalakat, there are other government companies that were established to act as sovereign wealth funds to increase the Kingdom’s wealth.

Mumtalakat has played an important role in managing state assets and assumed the financial obligations of those companies, which used to be financed from the national budget. Thus, Mumtalakat financed some of the country’s most important assets – from Gulf Air (BD475 million between 2006 and 2012) to the Bahrain International Circuit (BD13 million annually, or an accumulated BD150 million) – over the years, in addition to other legacy assets requiring capital increases.

This is in addition to focusing on improving the performance of its core assets, including, but not limited to, Gulf Air and Alba. However, in relation to these particular companies, it is important to note that Gulf Air restructuring, which required strong financial support, took place between 2013 and 2015. This led to a reduction in operating losses by 86% from BHD 184 million in 2012 to BHD 31 million in 2015.

Similarly, Alba established a 2-year efficiency programme in 2014, which led to savings of US$ 148 per metric tonne. Today, Alba is developing a sixth production line, making it the largest single site aluminium smelter in the world, with a production capacity of 1.5 million metric tonnes per annum.

The economic impact of the employment and livelihoods maintained by Mumtalakat through its portfolio companies, including Gulf Air and Alba, cannot be over-emphasised.

However, national economic growth is not dependent on the work of SWFs alone as economies need innovative and creative work forces that can maintain high productivity, enabled by a strong infrastructure and environment.

This means ensuring a national investment in education, healthcare and technology amongst others. At the same time, investments in physical infrastructure – transport networks, power grids, telecommunications and broadband networks, sewage systems – are fundamental for growth, safety and connectivity. None of this is possible without an environment of strong governance – efficient and transparent public-sector institutions, strong laws on intellectual property rights, a fair competition law and an independent judicial system.

These parameters for effective development are prerequisites for any national economic plan in which SWFs such as Mumtalakat, as asset managers seeking strong and stable financial returns, can contribute by supporting important businesses to grow.